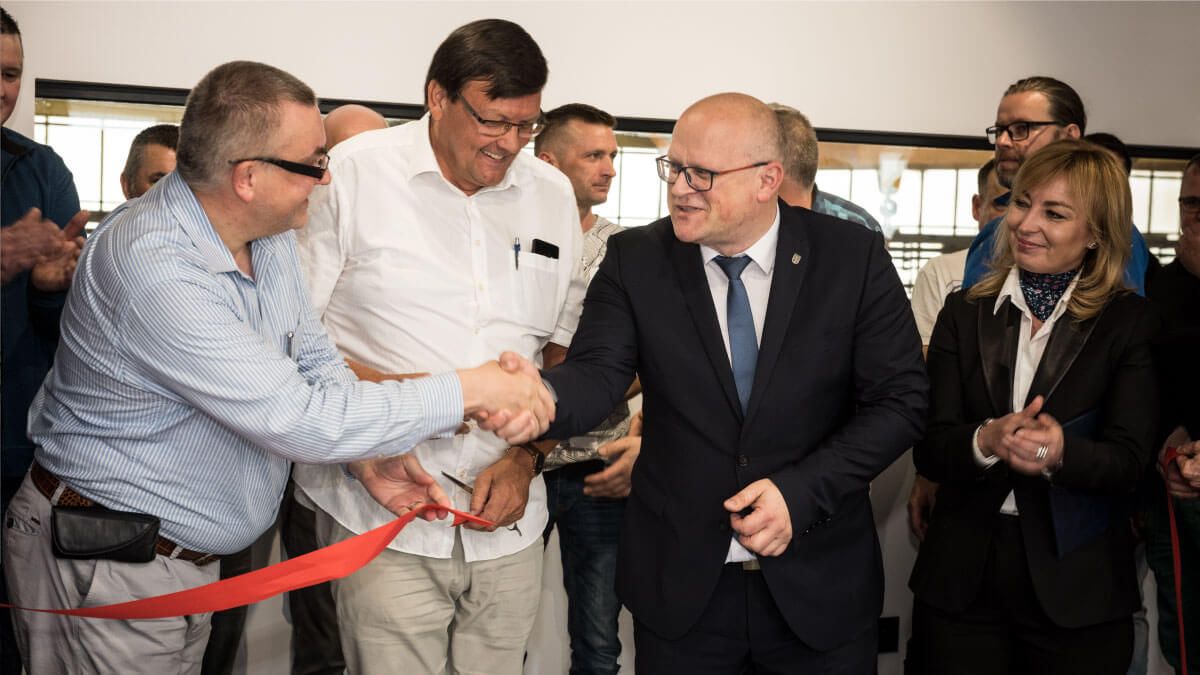 E-Crane focuses on development of its main product – cranes for bulk materials and scrap, which meaning changes and further investments. The group has the ambition to remain the trend-setting leader of innovation in this product class.

On Tuesday, 21 May 2019, the new engineering offices were ceremoniously opened at the E-Towers plant in Głogów at Portowa street. This was the first step of the planned technological and organizational development of the Group. The symbolic ribbon cutting in the presence of local media, employees and friends of the company was made by: Mr. Wojciech Borecki – Deputy Mayor of the City of Głogów, Mr. Lieven Bauwens – CEO E-Crane Worldwide and Mr. Geert De Meyere – Vice President of the Management Board of E-Towers Famaba.

E-Crane plans, among others, the launch of a new product on the market – the 4000 series crane – which will be the largest in its range of products. Intensive development works of previously produced types of cranes are also carried out.

For the second half of this year, the Group plans to start construction of a new production hall in its second production facility in Głogów – E-Logistics at Żarkowska Street. Project works and arrangements aimed at obtaining a building permit are in progress and negotiations with the main contractor of the investment are coming to the end. The emerging hall is to be equipped with state-of-the-art technological solutions; the highest extent possible to use the Industry 4.0 assumptions. The building itself will rise to a height of about 20 meters, which will enable the production of the largest structures, including the new 4000 series crane.

At the same time, changes were announced in the governing bodies of E-Towers Famaba. Mr. Lieven Bauwens, owner of the E-Crane Group, took over the position of the President. The current President, Mr. Geert De Meyere, took the position of Vice President. Moreover, we welcome Mr. Tycho Bauwens on the function of the Chairman of the Supervisory Board of the company. Such changes underline the owner’s determination to implement these ambitious plans for the development of the factory in Głogów and its importance for the E-Crane Group.